On a cold, miserable night in WeFo, we drove down to the site of the old Palmerino’s for the opening night of 540 On Barkly.

Since we’ve lived in Footscray, Palmerino’s looked like an old boys’ bar with a badly stocked off-licence attached. It always looked like a great place to renovate as part of the rebirth of West Footscray. And suddenly here we were, quaffing Mount Gay Extra Old and a good Clare Valley shiraz in a newly decorated bar, sampling the passing trays of chorizo meatballs, arancini and bacon-wrapped mozzarella as we dodged the smokers coming in from the beer garden beyond.

The place was thronged with people: a smattering of new-style Westies and a fair number of after-work blokes in fleeces and steel toe capped boots. Was it my attention or was the average age a lot higher than I’d anticipated?

The front restaurant area was unfortunately cordoned off for now: the new owner Simon told us that they were still awaiting the transfer of the old off-licence to an on-site liquor licence, so no alcohol was allowed in the space. There were nine or ten tables in what used to be the old bottle shop,  walls lined with framed photos. Elsewhere in the bar and upstairs in the huge function room, enormous green, red and blue abstract paintings dominated.

A couple of nights later we wandered back down to see what things were like without the opening night crowd.  Again, we were steered away from the main restaurant area to a place in the bar. A handful of other diners had chosen the warmer tables, so we had to choose between a serious draught from the beer garden door or the main door.

Another glass of Clare Valley shiraz and a Mount Gay Extra Old. We ordered the chorizo meatballs and the calamari to share as a starter, then a porterhouse steak for Orlando and the gnocchi with lamb ragu for me. The meatballs were served with some Turkish bread and a small bowl of salad, and went down a treat. 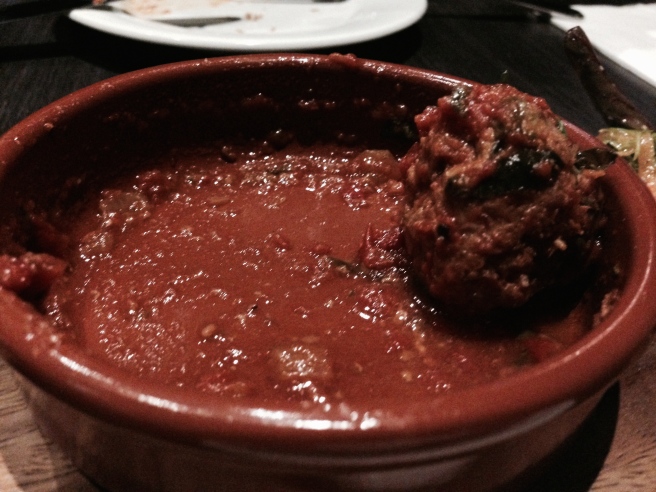 Sadly, the calamari never came even after some polite questioning.

Orlando’s porterhouse steak was a decent size and nicely cooked, although perhaps a tiny bit more medium-rare than medium.

My gnocchi were lovely but – a personal preference – it would have tasted better with more finely grated parmesan rather than the larger flakes. An offer of freshly-ground black pepper would have been nice, but didn’t come. 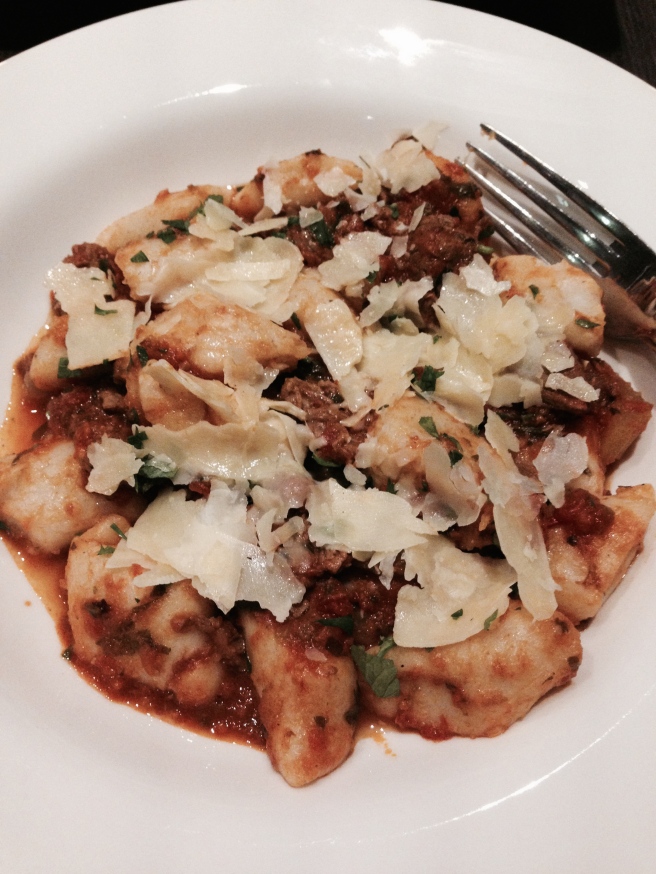 By 8.30pm the place was empty and we headed to the bar to pay the bill. We chatted to Simon and his sister Julie, who asked for feedback, good or bad. We gently mentioned the missing calamari but complimented the rest of the food. Then their EFTPOS wasn’t working, which the waitress had also neglected to tell us, and we only just scraped enough cash together to pay the $99 bill. Simon was most apologetic, invited us back next time for calamari on the house and assured us the EFTPOS would be up and running in a day or so.

It’s early days for 540, but hopefully it will be a welcome addition to the WeFo scene. Simon promises live music in the beer garden during the summer months, and a more casual seating area once the restaurant section is functional.  He wants to build on the reputation he had during his previous tenure at the Mona Castle, and for him it’s all about the food.

It’ll take a bit of time to bed in over winter, but I wish Simon all the best and we’ll visit again soon to hear how he’s doing.