A work get-together brought me to Misty’s Diner, a genuine American diner right next door to a car wash at the bleaker end of Prahran High Street. 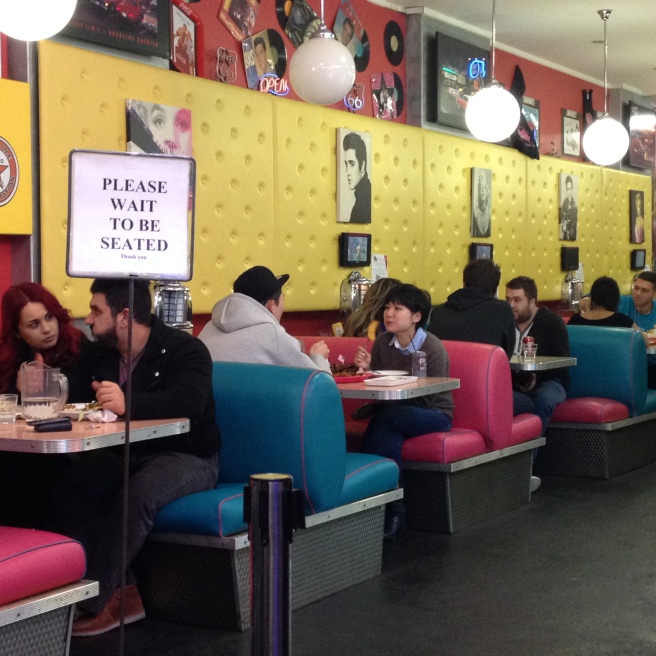 A happy buzz, colourful booths and a wall of American junk food greeted me as I walked in from the cold. 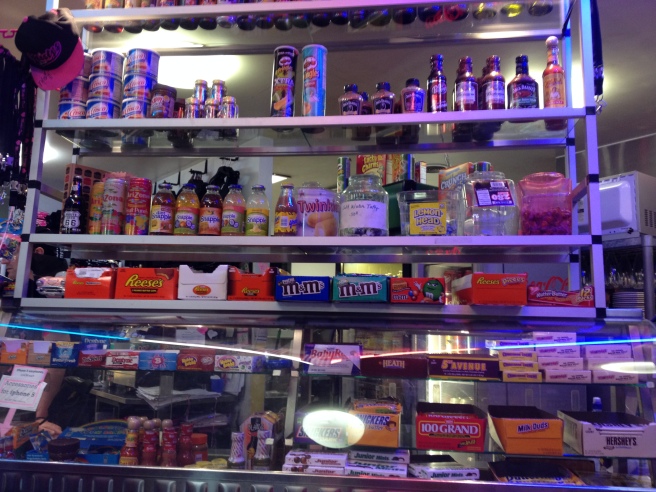 Misty herself is from Phoenix, Arizona. She was tending tables that evening herself, checking on food orders, handing out birthday cakes and getting the drinks in. I asked whether her chilli had capsicum in it, and she answered stoutly. “Absolutely not. I hate capsicum. This is a capsicum-free restaurant.”

The menu was long and carb-loaded. Starters are a predictable mix of potato skins, corn chips, an onion ring tower and other deep-fried goodness. My gang went straight for the main courses. Burgers were high on the list, but I went with the “Get In My Belly”: personally recommended by Misty herself, it promised the heady combination of sliced smoked pork shoulder, spicy barbecue sauce and home-made coleslaw.

When the food arrived it was certainly on the generous side, and almost impossible to pick up and eat with one’s hands. The burgers were perilously tall and looked pretty good, however there were none of the groans of delight I’d expected.

My pork shoulder creation was indeed nice enough, but the pork shoulder looked and tasted no different to what you’d get at the supermarket deli counter. The “Po Man’s Cocaine” extra hot sauce I asked for was simply a small bowl of mild sauce with some chilli powder and chilli flakes shaken in. Hardly home-made or authentic. 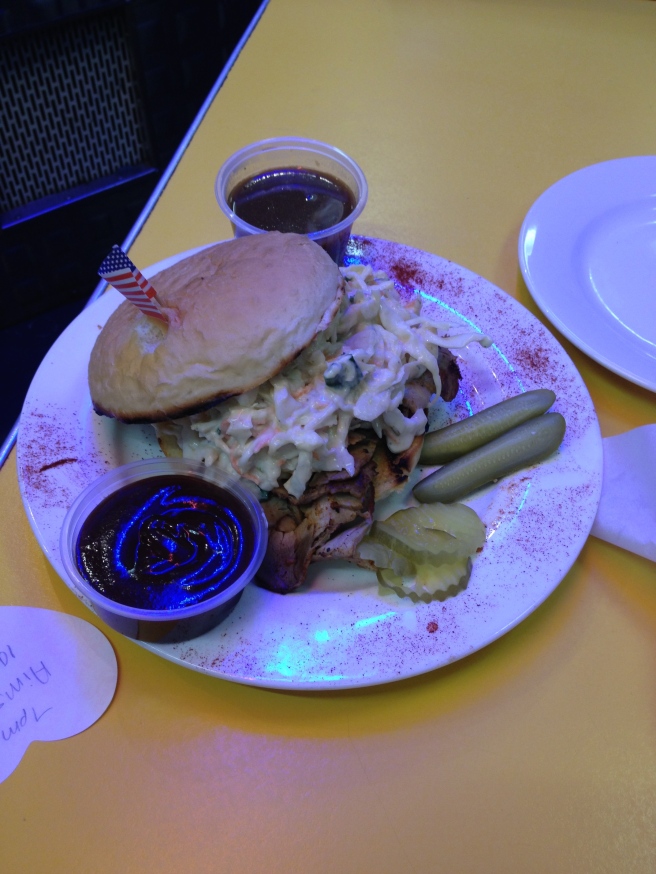 A brave soul ordered the Hangover Cure – from its description we couldn’t even tell if it was technically a burger. It was: with mac and cheese, chilli con carne, jalapeños, American bacon and red onions. It was gargantuan as opposed to just huge, and frankly it just looked like a huge mess on a plate. He ate it but he wasn’t overly impressed.

One lone soldier dared to order a salad. It didn’t look bad, but it’s not what you come here for.

Fries come in full or half sizes which is nice, and you can order them skinny, fat, curly, waffle, with gravy, with cheese, with gravy and cheese…. you get the idea. 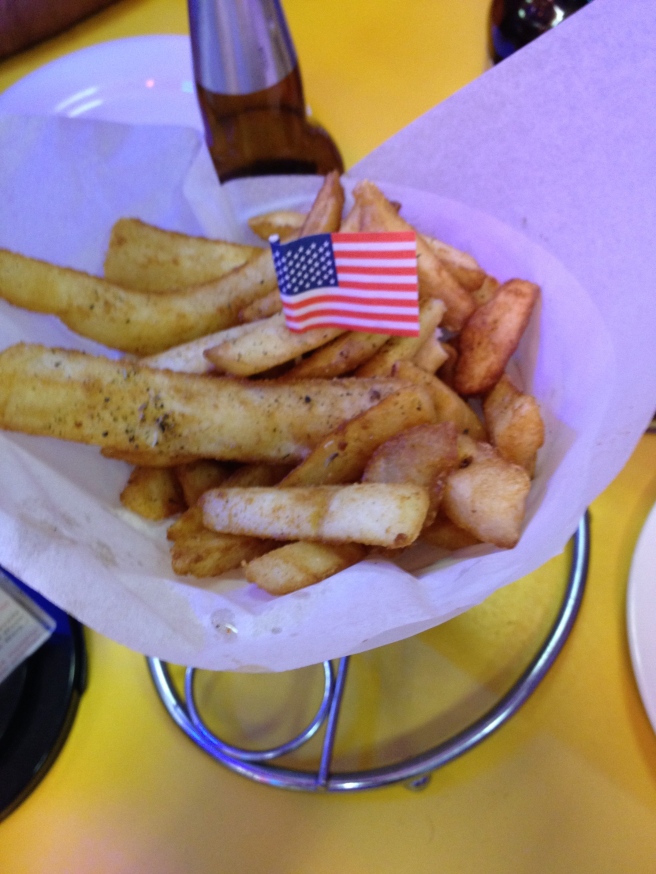 I had mine with chilli, because I could. The chilli was in no way spicy or hot.

Drinks are the predictable beer/soft drinks/wine list, however when I asked for a glass of shiraz I was told they’d run out. I was offered a glass of sweet shiraz which hardly bore thinking about. I opted for a grenache instead. When it came out it had clearly been poured from a bottle that had been open a couple of weeks. Even the non-wine-drinkers at my table could smell the musty staleness. Freshly poured from a newly-opened bottle it was drinkable enough, but then we weren’t there for the beer (so to speak).

Prices were reasonable – around $13-17 for a burger. Actually, now I’ve written that down, maybe it’s not so great. But the portions are large and the atmosphere is fun. I suppose if you head in during the day you can even get your car washed while you wait.

Will I blaze a trail back there anytime soon? Perhaps not. But it was an OK night.